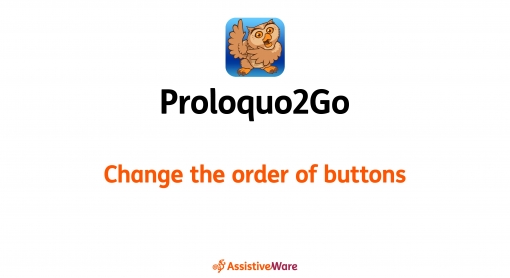 In Edit Mode, there are a few options for rearranging buttons. You can either drag and drop buttons or use the tools in the Edit Mode toolbar to move them. (Note that buttons with a green star or ’T’ in their top right corner are part of the folder’s template. These buttons cannot be moved in the regular Edit Mode.)

To swap the location of two buttons by dragging and dropping:

To select two or more buttons and swap between their locations:

Move a button between two other buttons

In most folders, you can drag and drop a button between two other buttons.

Move buttons in Manual Layout for Each Grid Size