There's a pattern I've seen in some augmentative and alternative communication (AAC) discussions recently. Families and advocates in the Angelman, Rett syndrome and other communities are uniting against low expectations, vocabularies that start and end at "I want," and teaching methods that turn every word into a test. They're absolutely right. There's just one thing. These family members and advocates should not have to separate autism from their child’s diagnosis to ensure access to AAC best practices. Currently, they face pressure to do exactly that.

Parents are saying, "My child wants to communicate. My child cares about people. My child wants to do more than ask for preferred foods. My child shouldn’t be taught communication through testing.” Well the truth is, none of that is incompatible with autism. The most dangerous mistake isn't an inaccurate autism diagnosis. It's the "so you shouldn't expect much" that too often comes attached. Nobody should have to prove that their autism diagnosis is inaccurate in order to access more comprehensive AAC vocabulary and more natural, respectful teaching methods.

Fortunately, things are starting to change. However, we still have a long way to go. Let's take some time to reconsider some of the assumptions we’ve made about autism and communication.

Beyond rewards and direct teaching methods

One common claim is that for children with autism, all intervention (PDF) including AAC should happen during ABA programming. Instruction should be carefully sequenced, with new words and communication functions added only when prerequisite skills are mastered. There are two main assumptions I often see justifying this. First is that autistic children are inherently uninterested in communication, and will only begin to learn communication if provided with immediate extrinsic reinforcement. Second, is that autistic children can only learn from explicit teaching. For those children who do not develop or develop only extremely limited spoken language, we assume that these are the reasons.

We can’t actually know that lack of interest in communication is a fundamental feature of autism. What is certainly true is that the vast majority of autistic children have limited experience with successful communication compared to children of the same age without communication disabilities. This is already true by the time of diagnosis. Negative experiences will add up further as time goes on, especially for children whose early experience with communication is largely in testing situations. It is no wonder that many young autistic children arrive at school showing little obvious interest in interacting with others. Often the temptation is to react by increasing what you’ve already been trying. However, communication isn’t just saying the words someone else wants, right when they want you to. We should model without expectations. We should provide time to explore the vocabulary without hovering over the child. We should try behaving more reciprocally: watching for and responding to the user’s initiations, rather than always directing the interaction.

Another complication to the assumption that autistic people aren't interested in communication is that if you choose someone’s words based on this assumption, you’re unlikely to choose words that let them say interesting things. If all someone can say is “I want” and a list of snacks, most people won’t respond in a more interesting way than “Yes” or “No.” It is unreasonable to expect anybody to learn the value of communication from that. When we assume someone is interested, we are more likely to provide words that lead to interesting communication, and to bother to be interesting ourselves. This is ultimately beneficial even if the person isn’t yet motivated to communicate.

The idea that explicit teaching is required for learning also has implications for the vocabulary we make available. I see frequent complaints that children and teenagers with autism simply “stim” on the words in their device. Both parents and professionals worry that this will interfere with meaningful use. However, exploration of sounds and words, even those not yet explicitly taught, is a basic part of early language development. Providing access only to previously taught vocabulary is unlikely to be better for autistic learners than for any other learners. In fact, Kanner himself commented on the tendency of the children he studied to “learn while they resist being taught” and to suddenly demonstrate learning when it was least expected (1951). Of course, this doesn’t mean it’s safe to assume a user will teach himself the system. Adult and peer modeling is still vital. We just need to make sure that children with autism also have time for self-directed vocabulary exploration, just like any child should.

Is our understanding of autism too simplistic?

One reason that I think many people make these assumptions is that they can’t imagine why else some children with autism wouldn’t acquire communicative speech. In the field of AAC, we had an idea of what it looked like when motor function affected speech, and autism didn’t fit it. As we learned more about the role of apraxia in various neurological conditions, we realized our understanding was too simplistic. Recently, a study published in the Journal of Developmental & Behavioral Pediatrics found that 63% of the child participants originally diagnosed with autism also met diagnostic criteria for childhood apraxia of speech (Tierney et al., 2015). Even earlier, a study from Gernsbacher et al. found that development of both coordinated mouth and hand movements during very early childhood predicted autistic children’s speech fluency in later childhood and adolescence (2008). While we certainly cannot rule out other cognitive factors, especially with a condition as variable as autism, motor planning and control is likely a major contributing factor for many autistic people with limited or no speech. Even when intellectual disability or another cognitive impairment is a factor, it isn’t a reason to limit the possibilities. We know that AAC users with significant intellectual disabilities still benefit from aided language stimulation and access to core vocabulary.

There is no need to treat autism as some sort of special exception to the guidelines for AAC best practice. There is no good gatekeeping. Let’s work toward a world where nobody has to disprove a diagnosis in order to get a chance.

*Cafiero, J. M. (2001). The effect of an augmentative communication intervention on the communication, behavior, and academic program of an adolescent with autism. Focus on Autism and Other Developmental Disabilities, 16(3), pp. 179-89. 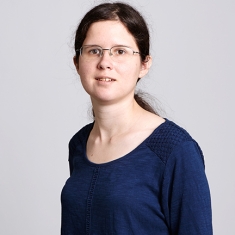 What is a communication partner? This article explains why the people around the AAC user are important, and gives advice on how to best support and interact with AAC users.
10 minute read
Read more