A Proloquo2Go for each platform

In 2009, Proloquo2Go began as an iPhone app designed for the 3.5” screen of the iPhone. In 2010, we added support for the 9.7” iPad screen. This opened so many new possibilities that Proloquo2Go became the go-to for mobile AAC. In 2015, we adapted Proloquo2Go to the Apple Watch. Starting today, you can use Proloquo2Go on displays as large as a 30” desktop screen. Each of these platforms offered specific design challenges and opportunities, as well as potential for different uses. Now you can have Proloquo2Go on your wrist, in your pocket, in your hands and on your desktop.

What is new in Proloquo2Go for Mac?

Proloquo2Go for Mac has been designed to support you in different situations. Some of the ways it can be used is as a desktop vocabulary editor, a desktop communication tool, or a teaching tool. To support all these situations we have kept the user experience quite similar to what you are used to. The app will feel familiar for anyone who has used it on iPad. The menu bar allows for quick access to functions, such as creating a new user or switching between different modes. You can also use keyboard shortcuts to speed up keyboard access. The Proloquo2Go window can be placed anywhere on your desktop and be resized as you like. You can even select a picture from your computer when creating new buttons. Last, but not least, you can save vocabulary backups to the Documents folder or other folders on your computer. You can even drag and drop them to the desktop.

Looking at the various user scenarios, we have decided to price Proloquo2Go for Mac at 50% less than the iOS app.

For years, users have been asking us to create a desktop vocabulary editor for Proloquo2Go. Until now this has been prohibitively expensive since it would have required us to create an entirely new application. With macOS Catalina, Apple introduced a new technology called Mac Catalyst which made it easy for developers to bring iPad apps over to the Mac. This allowed us to create a Mac version in months rather than years, enabling us to include several Mac-specific features.

Until now, you had to either “borrow” the communicator’s iPad from time to time or have a second iPad to make customizations. With the Mac version, you can now make vocabulary customizations on your Mac and transfer them over to the iPad with AirDrop or tools like Dropbox. With mouse and keyboard vocabulary, editing has never been faster and can be done without taking someone’s voice away.

Many of our adult users have a Mac and an iPad. Until now, they needed to have both on their desk or swap devices on their wheelchair tray any time they wanted to study or work and talk. Now, iPad can be used to communicate when out and about and the Mac can be used at home, school or at work. Much more convenient and flexible!

Proloquo2Go is used as an example of modern AAC tools in many college and university courses. Showing how a core word-based AAC app is used can now be done on the same Mac used to present the course slides. It is no longer necessary to alternatively connect Mac and iPad to the projector. You can demo Proloquo2Go from the same Mac that you present your slides.

Modeling on the AAC system while you talk is a good AAC teaching practice. With Proloquo2Go for Mac, you can project a lesson in one window on the classroom whiteboard while modeling with Proloquo2Go in a second window.

Using Proloquo2Go during online teletherapy and learning sessions is also ideal. When you share your screen, you can easily switch between your online platform and your Proloquo2Go for Mac. This makes teaching and modelling Proloquo2Go with students so simple. 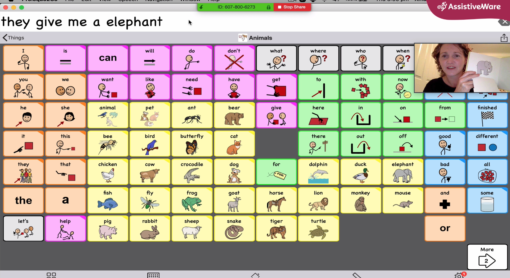 Amanda demonstrates the Proloquo2Go for Mac app during an online learning session.

We see lots of opportunities for Proloquo2Go on Mac. Please join one of our Facebook groups for professionals, family members or adult AAC users to share your experiences and feedback. We look forward to hearing how you are using it and how we can make it even better in the future. 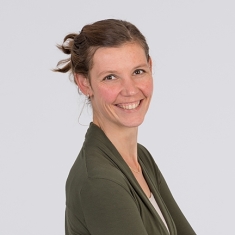 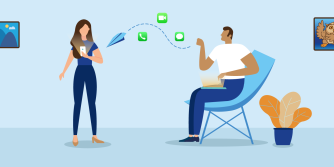 It is hard to believe that it is already 10 years ago that the first Proloquo2Go was released. Today we are releasing the 7th major update. Proloquo2Go 7 introduces a number of exciting new features that we would like to tell you more about.
3 minute read
Read more