When I first met Mike, almost 20 years ago, he accessed his computer with a slight twitch of his thumb. At the time he was already a prolific technology writer and game reviewer. He used a Mac and Discover: Kenx, developed by Don Johnston Inc., to access his computer with a single switch. There was just one problem. This system was not compatible with Apple’s recently introduced Mac OS X. At the time I had just developed the first version of the KeyStrokes on-screen keyboard for Mac OS X. A mutual Apple contact saw an opportunity and introduced me to Mike.

After he described his needs, I started working on what later became SwitchXS. I would send him almost daily new builds that he would test and provide feedback on. It was not easy to please him as he was a super-fast scanner used to have full access to anything from World of Warcraft to Photoshop. All with a single switch. It took me a while to make SwitchXS fast enough to support his blazing scan speed of over 15 steps per second. The first Mac OS X compatible switch interface I found turned out to be too slow. We ended up asking Origin Instruments to develop a faster switch interface for him. This became the Swifty™.

A few years later it was my turn to push Mike to the max as I introduced him to a super-fast scanner from Australia. Soon the battle of switch giants was on. In the end, they both hit scanning speeds of 20 steps per second. If you look at the video “One Thumb to Rule Them All” you can see for yourself what that looks like.

Later he lost his ability to speak as a side effect of surgery and also lost mobility in his switch finger. This was tough on Mike as he became reliant on different computer access technology and started using GhostReader to speak. It did not stop him from continuing to blog about the things he cared about.

The last project we worked on together was AssistiveGaming. This was a website by and for people with disabilities who wanted to play the same games everyone else played. Not specially adapted games. He was one of the editors and writers for the site. The site has now been discontinued as the world shifted towards mobile gaming, and Apple introduced technologies such as Switch Control that provides great access to many games. It is a few years ago that we last met in person, but I will never forget him. He was one of those people who took the “im” out of “impossible”. Rest in peace Mike! 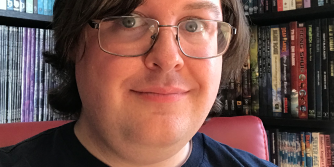 Proloquo2Go and Proloquo4Text user D. Burrow talks about their love for roleplaying games. D. explains why they’re a perfect method to teach social and communication skills, all with the help of AAC!
9 minute read
Read more 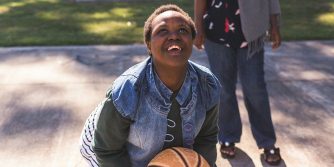