What is supported decision-making?

It is a process to maximize and protect autonomy for people with a range of disabilities. First, it ensures that the person with a disability is deeply involved in decisions about their own life. Second, it recognizes that support to make decisions is natural. We consult with loved ones and colleagues, such as consulting with our partner before we accept a new job or getting a second opinion before a big purchase. What matters is that the final decision is our own. This drive for choice and control is a basic human right.

Supported decision-making is founded on the presumption of competence. In the field of communication, we sometimes think of this as “presume all people can learn to use AAC.” This idea is incomplete. Presuming competence means that every person can express opinions and be supported to make their own decisions. It’s not a skill: it is the quality of being human. It is not conditional.

Why is this important?

Anyone who is at risk of being considered incapable to make their own decisions is a candidate for supported decision making.

Some people might struggle to understand information: they might need extra time and extra tools to stay focused and consider their options. They may need help to understand the consequences of different decisions.

Some people may need their choices to be presented as visuals: photos, drawings, or in a written list. Some people may be able to make important decisions some of the time, but not all of the time, such as someone with a mental illness or addiction.

What if the person cannot yet use AAC?

Who supports the decision-making?

Parents, family members, friends, and trusted support staff come together with the person with a communication disability. They share their knowledge of how the person communicates and what support they need to make decisions. They form a circle or network.

For people with the most significant communication disabilities, research shows that the people who know them the most intimately are the most responsive to what that person expresses. These people are the most likely to take action to support the other person to have choice and control. They are also the most likely to interpret the person accurately. For example, less familiar people are more likely to interpret an unusual behaviour as “challenging,” while someone who knows them better will interpret the same behaviour as distress, frustration, or an expression of pain and discomfort.

Specific tools and strategies for supported decision-making are explained in more detail in ‘3 Practical strategies to support choice and control for all people.’

Sara is new to her AAC. She uses it to make requests and to say the names of classmates or family members. When Sara is asked to select a friend to invite over to play after school, she tends to select the first option, or all of them, or to just agree with every option. Sara’s mother doesn’t think this reflects her daughter’s true preferences. Instead, she has noticed that Sara shows much stronger preferences if they sit together and look at photos and videos of her school friends. Her mom models AAC messages such as “like”, “love”, and “best.” After taking the time to talk about each friend, Sara clearly indicates which friend she wants to invite over. Sara’s mom feels that these selections are more authentic. She sees that her daughter needs more time and support to express what is most important to her.

Daniel loves his job at a local store. After receiving a promotion and a raise, Daniel decided to move out of his parent’s home. He began looking for an apartment to rent. Daniel’s parents worried he would be cheated by greedy landlords. They encouraged him to look at a variety of supported housing facilities where Daniel would have staff to help with meals, housekeeping, and budgeting. Daniel was frustrated that his family didn’t trust him to live alone. Daniel used his AAC to reject their suggestions and insist he wanted to move out. Daniel’s disability support worker introduced Daniel and his family to a supported decision-making process. Together, they identified:

In the end, Daniel decided to share an apartment with an old friend. He enjoys inviting his parents over for dinner at his place.

After Anna’s stroke, she could no longer live independently at home without a lot of support. Her family members could not agree on next steps: Anna’s sister wanted home care staff so Anna could stay in her own home. Her son wanted Anna to live in a nursing home with 24-hour care. Her daughter wanted to take Anna in to support and care for her. Anna could no longer speak, and she struggled to participate in these discussions. She became agitated whenever any of these options were discussed. The speech therapist introduced Anna and her children to a supported decision-making process to identify what was most important to Anna in her new home. Using photographs and line drawings, Anna showed interest in living in a social environment with other people her age. She prioritized this social interaction over staying in her own home. She wanted to visit with her children and grandchildren, but she did not want to live with them. Anna’s family realized that none of their options were what Anna really wanted. Together, they found an assisted living home. Anna enjoys her regular visits with her daughter but is satisfied to return to her small, quiet bedroom. She participates in a range of activities and she enjoys the group meals with other seniors. 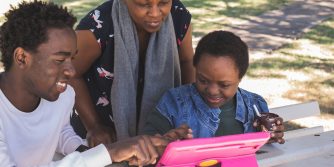 3 strategies to support choice and control for AAC users

All people who struggle with communication can be supported to make their own decisions. Discover tools and strategies that can help with this.
8 minute read
Read more 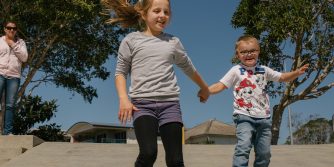