I started with acceptance, rather than awareness, because “awareness” had already been tried. Every April, for years, Autistic people tried our best to prepare for the onslaught that was “Autism awareness:” “More prevalent than pediatric cancer, diabetes, and AIDS!” (all low-incidence conditions, but scary enough to alarm even the least concerned person in the April audience. In 2009, the video “I am Autism” was released, complete with horror-movie music and a stalker-like “voice of autism” voiceover. One year, 150 empty strollers, perhaps signifying that parents who had an Autistic child had “lost” us, or that there was “nothing going on in our brains,” (something people actually think about Autistics), were installed on a college campus; Autistic people had to walk past the display on their way to class.

Comments such as “It’s not even April yet and I am waiting for it to be over” were common among Autistics, while non-autistic people ran out and bought blue lightbulbs or organized events focused on awful it was to have an Autistic child. Research was (and still is) focused on “prevention and finding a cure.” We were just waiting for April to start, to find out what new twist on ‘devastating disorder’ we would have to survive this year, and then to get through the month and breathe a sigh of relief on May 1st. Someone, would release “alarming new statistics on autism prevalence” toward the beginning of the month, and then people would argue all month about why the numbers changed, the main result being that “everyone” was more worried than they had been the year before.

For a couple of years, I joined the people who dreaded April. After that, I thought to myself, “No more. I’ve had enough.” I like to get out in front of things. I was done waiting to see what “the other side” would come up with and did not want to be forced to take a reactionary stance every year. I did not want April to be always conducted on non-autistic people’s terms. I wanted to preempt anything negative and create something strongly positive for us.

The word “acceptance” is much stronger than “tolerance,” especially the begrudging sort of tolerance I saw so often. One of the definitions of acceptance is “positive welcome and belonging.” The original logo was “Autism Acceptance Day,” with the word “Day” crossed out and the word “Month” written below that, meaning we were going to be around the entire month, encouraging, and insisting on acceptance in a world of “awareness.” Several logos have been used, designed by Autistic people and supporters.

I stated in my original writings about Autism Acceptance Day that acceptance does not mean “I accept you, but not your autism.” Acceptance is: pro-neurodiversity, a focus on supports and services tailored to the needs of the Autistic individual, rejection of cure-oriented projects. At the time, I think the idea of “acceptance” of Autistics exactly the way we are was a radical idea. The idea started in the Autistic community and the relatively small community of non-autistic allies (parents, family members, educators) who were as sick of impairment- and cure-oriented “awareness” as we were. It is clear from the way that “acceptance” caught on with the general public, that the devastating disorder rhetoric was not acceptable to many people. Many people were very glad to focus on Autism Acceptance Day and Month rather than “putting out brushfires” like we had been doing.

Can you share examples of campaigns that you see in April that are contributing in a positive way and examples that are missing the mark and may even be harmful?

As I do online searches for “autism awareness” and “autism acceptance” this year, 2017, I see a lot of changes. One thing I notice is that some of the awful speeches about autism from past Aprils have been erased, by their own organizations. I did a search for past April writings and speeches from a larger advocacy organization, only to find a stub indicating a speech was made, but no content. They are apparently no longer willing to have that negative content on their website after numerous complaints and counter-actions by Autistics. In 2017, I see a number of “autism awareness AND acceptance” walks and fundraisers. Some of the organizations have good intentions but still focus on normalizing Autistic people, which moves in the direction of compliance training, which can be extremely dangerous for Autistic people. I see some “acceptance” events that have not even a slight bit of information about “acceptance,” just the word in the name of their event. It’s always a bit disturbing to see “acceptance” and puzzle pieces linked together, given that many Autistic people hate the “missing piece” connotation of puzzle pieces, but I realize that the people doing this are probably trying their best to bridge what have been two very separate worlds, that of “autism parents” and that of Autistic people.

I also see some clearly Autistic-led initiatives being developed that probably have their roots in the Autism Acceptance Day and Month (AAD/M) movement. I see some merchandise being developed and sold by Autistic people. I see some public speakers focusing on the concept of acceptance. I am very much heartened by these initiatives, even though they are not well-funded and getting “all the attention” in April. They are getting some of it, and that’s a good thing for my people.

“I did not want April to be always conducted on non-autistic people’s terms. I wanted to preempt anything negative & create something strongly positive for us.”

Our goal this April is to listen to autistic voices. AssistiveWare began with a campaign for autism awareness and then for the past few years we have recognized and celebrated Autism Acceptance. What should our goals of be now and in future years?

Acceptance is not supposed to have non-autistic-imposed limits. While there is no real way to counter “inappropriate uses” of the original meaning of words “autism” and “acceptance” together, people who promote the idea of autism acceptance can keep it closer to its original meaning by listening to Autistic voices, as you are doing at AssistiveWare. AssistiveWare is uniquely positioned to take input from Autistic as well as other disabled people and do some real collaboration when it comes to developing augmentative and alternative communication.

What’s next? How do you want to see this movement continue to move forward?

The recent change of administrations in the United States gives me some cause for concern. I see the potential for reversal of some of the important laws and regulations that disability rights activists have worked for. The Trump administration’s leadership gives every indication that the rights of disabled people are not a priority. Examples include attempting (unsuccessfully so far) to gut important provisions in health care access for people with disabilities and those with lower incomes; the continued payment of subminimum wages to disabled people; to amend the Americans with Disabilities Act so that private suits cannot be brought without a lengthy waiting period, and others.

In the light of that concern, I do not want to back down. We need to push forward with an impactful disability rights agenda that ensures that the gains we have will not be lost and that real progress is made in the lives of Autistic people and those with other disabilities.

Paula has also attended and gave testimony at Interagency Autism Coordinating Committee meetings, representing Autistic points of view on disability and autism policy, participating in the 2009 IACC Scientific Workshop and 2011 Workshop on Ethical, Legal, and Social Implications of Autism Research. Paula has served on external advisory committees for NIH autism-related research. Paula also is an organist, keyboard player, and vocalist. Paula is the parent of a teenage son who has been a lifelong supporter of disability rights activism. 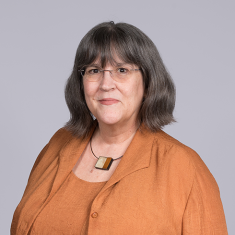 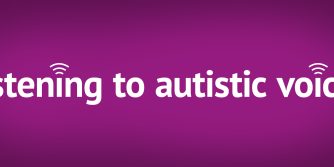 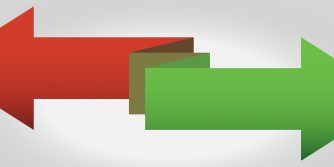 Challenging our assumptions about Autism and AAC

The most dangerous mistake isn't an inaccurate autism diagnosis. It's the "so you shouldn't expect much" that too often comes attached. Kit looks at assumptions made about autism and communication.
6 minute read
Read more