“Behavior is communication” is a well-worn mantra in autism and assisted communication communities. I’ve argued for the concept myself, as have many other people I respect. But I’m no longer convinced this statement is always true, especially for autistic people who require support with sensory, motor, or processing challenges in addition to communication. People like my teenaged son, Leo.

My conceptual shift came about through listening to autistic writers and advocates who urge human-centric autism approaches. Since we are all humans, and since the way non-autistic people behave is not always social or about communication, it follows that autistic behavior can also have non-social origins.

There are still specific aspects of autistic behavior that non-autistic parents and professionals struggle to understand. This may be why some professionals cling so tightly to interpreting what every autistic action is “saying” to us. When we non-autistics ascribe communication intent to every autistic behavior, then we have a framework, which can make things simpler – for us. But it doesn’t always make things easier for the autistic people in our lives, not if they need understanding rather than two-way engagement.

When are autistic behaviors specifically not communication?

To quote Dr. Clarissa Kripke, who both supports patients with developmental disabilities, and is the parent of an autistic teen, “I’ve learned from autistic people that all behavior isn’t necessarily communication — it can be a problem with impulsivity or motor control, and also sometimes people might be doing something because they have an obsessive/compulsive need to do it - they know it’s wrong, but they can’t stop themselves. Or they don’t have the body control, as in ‘I know you want me to go over there, and I’m trying to go over there, but I can’t get my body to initiate the movement - I’m not being defiant.’”

Sometimes behavior isn’t communication because sparing the energy to consider others is simply not possible at the time. Autistic meltdowns (explosive or implosive) or shutdowns are not about other people (unless they triggered the meltdown), and not about communication. Meltdowns and shutdowns happen when an autistic person is overwhelmed to the point of dysregulation, and very much needs NOT to communicate or interact, until they are able to reestablish equilibrium. There is not much a bystander can do during such episodes, except be patient and wait the episode out, or - in the case of explosive meltdowns - do what they can to ensure the autistic person and any bystanders don’t get hurt.

Other self-contained autistic “behaviors,” like stimming, are not usually about communication. They are typically about self-regulation, sensory seeking, or self-expression (unless the other person is holding, wearing, or blocking the way to a stim-worthy object). Autistic writers and YouTubers talk about stimming frequently, about it being a manifestation of pure happiness, or joy. And sometimes of distress, or dysregulation. But stimming is about pleasing or processing on one’s own, and not generally about communication – not with non-autistic people anyhow.

When can behaviors be attempts to communicate?

On the flip side, it’s important to be careful about recognizing when autistic people’s actions truly are communication. Sometimes legitimate attempts to connect with others are misinterpreted as purely problematic “behaviors” and people focus on stopping them rather than understanding what the person is trying to say. The “oh, it’s just them being autistic,” can be a worrisome take, especially if the autistic person in question is sick, in pain, or frustrated. This is something my own son has experienced.

I wasn’t considering a medical explanation when Leo’s sleep cycle recently became irregular, as autistic people are prone to sleep dysregulation. It would have been easy enough to write off Leo’s insomnia and resulting demonstrations to us of his distress as an “autistic thing.” But due to a family history, we determined what was really happening: poor Leo had a bad case of acid reflux and was not sleeping well because every time he tried to lie down, the considerable pain from his heartburn became even worse. Instead of sleep hygiene, we gave him over-the-counter antacids, on his pediatrician’s advice. And he started sleeping again.

So if it’s not always reasonable to expect behavior to be communication, what is reasonable?

In my opinion, while it’s important for those who parent or work with autistic people to do their best to understand why autistic people do what they do, parents and professionals need to focus less on trying to interpret every autistic behavior as an attempt to reach other people, and more on ensuring those same autistic people have the tools they need to communicate in the way that makes the most sense for them.

And here’s where to start: By reminding ourselves that while behavior is not always communication, everyone can communicate. Have faith in your autistic loved one or client, and proceed from there. 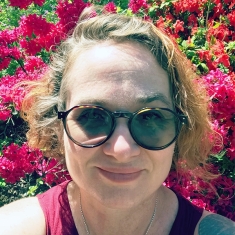