Our Stephen was born in December 2006. When he was 17 months old, he was diagnosed with a rare disorder. This affects all areas of Stephen's development. When he was 3, he started a half-day preschool program through our local school district. Once he began using Proloquo2Go, I hoped for higher levels of support for his academic goals, but we didn't see that.

When Stephen switched schools the next year, our priority was inclusive education. To do this, I needed to have some research to back me up. I discovered that research supports inclusion as best practice for children with all types of disabilities. Knowing that, however, was only half the battle.

Many schools don't even give the option for inclusion, leading families to believe that it isn't an option. I assumed that the school would tell us when Stephen was "ready" for the regular classroom. I quickly realized that they just needed to make the classroom ready for him.

No differences for GE students

One of the arguments used in favor of segregated education is that the child in special education will "bring down" the other students. Research indicates quite the opposite. The majority of the research I found focused on the academic impact of inclusion on the students with disabilities. The research showed that students with disabilities had higher academic achievements when educated in an inclusive setting when compared to those in segregated settings.

So let me get back to our story. We were fortunate in that we didn't end up having to fight to begin our move towards inclusive education. The special education teacher who taught our son that year happened to be an inclusion advocate. Together, we were able to convince the rest of the team, and the school administrators to give Stephen a shot. Stephen was the first "severely disabled" child in that school placed in the regular classroom. As a matter of fact, there weren't even many students with moderate disabilities in the regular classroom either. Most were placed in a self-contained classroom for students with intellectual disabilities.

Stephen is now in the 6th grade. He continues to excel in an inclusive education setting (this article was originally written when Stephen was in 1st grade. This school year has been quite a change, as he moved to a middle school campus, which means all new teachers. We are still working out his accommodations and modifications in his academic classes. It takes time. The important thing is to keep at it and remember what the ultimate goal is for your child.

Some resources you might find helpful if you are advocating for inclusion:

Kurth, J. A., & Mastergeorge, A. M. (2010). Academic and Cognitive Profiles of Students with Autism: Implications for Classroom Practice and Placement. International Journal Of Special Education, 25(2), 8-14. 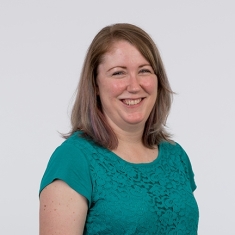 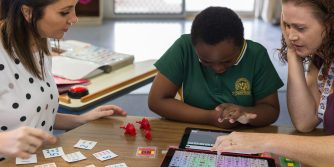 How to get your AAC team on board

Once the AAC system is chosen and setup, how do we get the team involved? This article will cover 10 key ways that teams can play a part in the AAC journey.
8 minute read
Read more