More than 3 billion people around the world use social media. This number increases every day. The most common social media sites are Facebook, YouTube, Twitter, SnapChat and Instagram. We use these sites to communicate with our friends and acquaintances and connect with people who share our interests.

We often hear on the news about the dangers associated with social media, such as the risk of social isolation from choosing virtual connection over face-to-face interaction. We may not hear, however, about the potential importance of social media in the lives of people who use Augmentative and Alternative Communication (AAC) to communicate.

“I think social media assists communication partners and non-disabled peers to understand capacity. When people meet me in person, they often use two word sentences. Those who have interacted with me on social media will treat me as the educated, insightful person I am.” ~ Johanna Schmidt, AAC user

Research demonstrates that social media has an unusually positive effect on the lives of people who use AAC. Social media is associated with:

In our interviews with AAC users, we heard even more compelling descriptions of the role of social media in their lives.

Social media is its own form of AAC

Several described their social media sites as a form of AAC itself, more universal and inclusive than speech. They argued that everyone who uses Facebook is using AAC, because it is a way of communicating as an alternative to speech. They described an inherent fairness when everyone uses visuals and text to communicate. This corrects the imbalance of typing or selecting symbols when your communication partner is using speech.

“Social media gives me more of a chance to interact, rather than just communicate. I often find with the rush of using AAC, I fail to truly interact and connect with others: asking questions, showing interest, offering support.” ~ Johanna Schmidt, AAC user

“Social media is super important… I'd need my friends to live closer (and therefore not to be as reliant on autistic and disabled community connections) on top of being able to rely on speech, for social media to be much less important.” ~ Alyssa Hilary, AAC user

Social Media to show their own authentic self

Social media is often criticized as a place where people go to invent a new version of themselves. But several AAC users said that their own authentic self is only revealed on Facebook. They talked about how, in live interaction, their visible differences (such as AAC use or involuntary movements or sounds) dominate how they are understood by others. In person, other people treat them differently. Most felt that in face-to-face conversation, they are underestimated and not given the opportunity to be heard. On social media, they can more accurately display their complete personality. They can have their full say.

“I make a lot of involuntary movements, and many people assume that I have little or no comprehension. In the real world, because I'm physically different, even those who know me well rarely engage in intelligent or stimulating conversation.” ~ Johanna Schmidt, AAC user

In live conversation, people with a range of disabilities may find it difficult to control physical movements, sounds, tics, or outbursts that are not considered socially appropriate. They may struggle to follow what one person called "normative social cues,” such as maintaining eye contact. On social media, all of this is invisible. Another AAC user said, “I feel normal on Facebook.” My message can be heard, in a more “socially appropriate way.”

Social media is more accessible to people with a range of communication challenges because it relies less on text. It is inherently multimodal. We share photos, images, and videos instead of long paragraphs of text or monologues of speech, supporting anyone who struggles with comprehending speech. Visuals help keep our attention. “If, in person, a friend is telling a long story it might be harder to follow the huge amount of information at once,” reports endever* corbin. “On Twitter, information is coming in bite sized chunks, that helps my reading comprehension and ability to attend to a conversation.”

Social media is more efficient for people for whom every movement may be laborious and needs to count. Instead of typing out what we did on our travels, we can share photos and just caption them with a few details. There are multiple efficient ways for others to respond, with “likes”, emojis, video GIFs, or by sharing or retweeting. Humour, irony, jokes, and references to popular culture are often much easier to share via social media than through an AAC device.

“Emojis are so valuable in online communication. I often don't have control of my facial expression, and using P4T alone can lead to misunderstanding of subtle communication such as conveying warmth and kindness, which many may express with a smile. Emojis are an important way I convey warmth and kindness, which others may express with a smile. “ ~ Johanna Schmidt, AAC user

Many AAC users described access to the community as a barrier. Medical conditions might keep them home. Limited financial resources and inadequate funding for disability support services can make it hard to meet up with friends. Social media can help compensate for some of these barriers.

Further, communication on social media is less demanding than when face-to-face, so may be more fulfilling. It moves at a slower pace than speech. As one AAC user shared, "there is no implied timeline in terms of needing to respond right away." 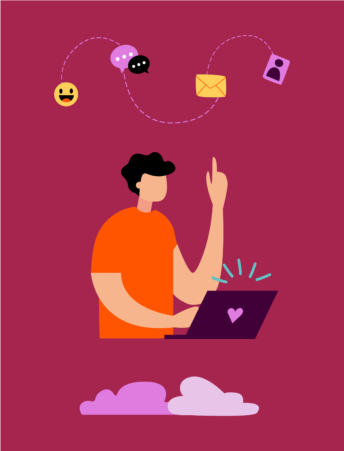 Conversation isn't just about what we say: it's how we say it, including all the nonverbal cues and intonation that we use to express humour, irony, or irritation. For many people, this makes face-to-face interaction exhausting. One described how Facebook deepened and improved their friendships because they “can only handle seeing my friends a few days out of the month.”

“Using AAC in a group of people in a room is actually quite difficult, but posting in a group on Facebook - is more simple.” ~ Trish Duffy, AAC user

Social media allows the AAC user to control the physical environment when communicating, reducing access barriers. One user, who struggles to process speech when there is background noise, can better understand their speaking friends when they also communicate with written text. Many complain that their AAC is often difficult to understand in noisy social environments, so they feel more understood on social media.

“Social media lets me connect to ALL of my friends, stay in touch, and maintain relationships. I was doing that even when we all lived in the same city because I can still really only handle seeing my friends a few days a month. Facebook and Twitter have let me really connect with them better.” ~ Dee Burrow, AAC user

Social media can be a negative experience for anyone. It is easy to misconstrue a written message without the nuance of facial expressions and gestures to indicate if a comment was meant as irony or sarcasm. Some researchers have found that it can enhance the sense of loneliness, isolation or grief if a person is dealing with difficult medical issues and feels cut-off from the life they had before disease. Some AAC users told us that they prefer the social closeness of face-to-face communication.

Ultimately, our goal is for every person to communicate with others on their own terms. AAC users need access to social media so that they can decide for themselves if it is helpful and positive.

Which social media platforms are best?

Facebook is the best platform for finding communities of peers with the same interests, experiences, or disability. This creates the opportunity to both receive support and become a mentor who supports others. We heard from AAC users with a variety of diagnoses, from developmental disabilities like autism to neurological and autoimmune diseases like MS, that social media had allowed them to find a community of others who share both their challenges and their strategies and solidarity.

The Twitter platform values short, concise messages. It is more tolerant of errors in spelling or grammar. This makes it particularly helpful for AAC users whose access method is very slow or accuracy on a keyboard is challenging. AAC users who struggle with large blocks of text report that Twitter has nice bite-size chunks that they find accessible.

Many AAC users appreciate having a “soapbox” to share their opinions, advice, and information on a range of issues. This may allow these users to have more opportunities to set the topic of conversation. Twitter, Facebook, and blogging are excellent platforms to have your say.

Some people with communication impairment, such as those with aphasia, find photographs and video more accessible than text-based platforms. Instagram and Facebook rely heavily on photographs, which are highly-contextual and accompanied with photo captions.

How can we improve access to social media for AAC users?

AAC users should have access to social media. There are a number of factors that can support this access.

Many AAC systems, like Proloquo2Go, simPODD, and Proloquo4Text integrate well with social media for creating posts. Any messages written in the message window of Proloquo2Go and simPODD or the text pad of Proloquo4Text can be shared directly to platforms like Twitter from within the app. Other messages, comments, or responses can be written in the AAC and then copy and pasted into the social media platform. This is a very powerful way for the AAC user to compose messages in the way that suits them best before adding to social media.

Students who use AAC can begin exploring social media as part of their individual education plans. As teams plan for the student to transition from school to life after school, they can also plan for how the student will be supported to maintain friendships and broaden their community on social media. Peer buddies can be involved to help the student set up and maintain their social media presence.

Social media is its own form of AAC. When AAC users have access to different social media platforms, it can open a world of possibilities and enhance the communication and relationships with the people around them. 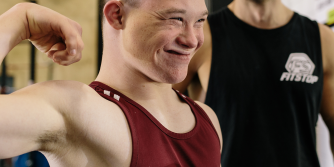