Stupid question; how on earth is he supposed to answer?

“Hugo, do you want anything?”

Perhaps he doesn’t want anything, but wants to go somewhere instead.

There’s a lot he can’t say with that folder of pictures, of course. And people outside our family often don’t understand him. For the umpteenth time, I think: when will he finally have a voice?

During that same holiday, the Dutch version of Proloquo2Go entered the beta testing phase. Within 24 hours, we have Proloquo2Go on our iPad and can start practicing. After a couple of days, a low female voice comes from the back seat. “Red carton” and “cookie” she says. I turn around to see a big smile. “Red carton, cookie.” I smile even wider, and quickly hand over a carton of juice and a cookie.

We continue to model and learn. At the end of November, that same woman’s voice says: “I want sandwich butter jam.” And when we instruct Mats to come and sit at the table, Hugo supports our parental authority with: “Here now, or else.” Hugo has found a voice. But it’s not really Hugo’s voice yet. It sometimes leads to strange looks, particularly from outsiders. I mean, a little boy who sounds like Jennifer Lawrence, that’s pretty crazy.

In mid-December, we can install the children’s voice, Thijs. We like it, but we don’t yet have a feel for how different things will be with a children’s voice. It turns out to be a huge difference! A cheerful boy’s voice piping up from among seven other children, making a contribution to the day's plans: “I want to swim swimming pool now, please.”

Making an order in the restaurant at the Blijdorp Zoo: “apple juice, cake.”

An older couple asks: “How useful! Is that your voice?” Yes, this is Hugo’s voice!

Hugo has been using Proloquo2Go for a year now. His communicative development has come along in leaps and bounds. He can now always indicate what he wants. If it’s not already on Proloquo2Go, we add it straight away. Hugo is never lost for words. He’s learnt to use abstract concepts such as ‘yet’, ‘above’, ‘below’, ‘under’, ‘more’, ‘later’, ‘open’, ‘nasty’ and ‘tasty’. He practices sharing information and experiences. For this we use the Pictello program, which also features his ‘own’ beautiful children’s voice. He’s learning to read, spell and do math with the support of Proloquo2Go.

In short: he can develop himself, can grow and thrive in contact with others, in a way that he would never have been able to without his own voice.

My story could end here. Happy ever after for Hugo. But as far as I’m concerned, the development of Proloquo2Go with children’s voices is just the start. I would love to see all children who cannot speak or have difficulty speaking (and adults who were also once those children) gain access to suitable AAC as part of their basic support.

That’s not happening right now. The inability to communicate verbally is too often seen as a fixed part of their intellectual and/or physical disability that makes development impossible. But that’s a self-fulfilling prophecy. If you don’t teach these children how to communicate or provide them with the resources to do so, of course they won’t be able to show that they’re developing, or that they can do or understand things. People are then all too quick to conclude that – indeed, just as expected – they’re not developing. Behavioral problems are also seen as an autonomous part of their disability. But just think: how desperate would we be if no one understood us?

The inability to communicate verbally is by no means a permanent block to development. It’s actually a developmental issue. We should think and act from a belief in their competencies, rather than a sense of resignation that they won’t be able to learn anyway. We can offer children the development opportunities that they deserve, and appropriate AAC as part of their basic support.

Proloquo2Go offers a very comprehensive core vocabulary in a user-friendly app. This can provide many children with simple, affordable support. Naturally, this should go along with other solutions for children who need them, such as PODD or an eye control computer. No healthcare, education or government professional or policymaker can say it’s not possible. A world in which supportive communication is accessible to everyone and close by. Let’s make it happen! 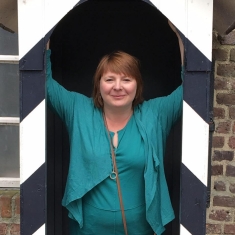