When Sofia was ill and went to the hospital, she asked her friend Alex to come with her. Alex explained to the hospital staff that Sofia uses AAC and needed them to wait patiently for her to type her answers. Sofia felt that Alex’s support changed how the staff of the hospital treated her. She felt she received better care as a result.

Daniel has moments of “overwhelm” where his brain feels foggy. He can become easily distressed when something goes wrong. In these moments where he struggles to explain what he needs, his friend Jessie is a great support. Jessie reminds Daniel to use his AAC. Jessie prompts Daniel to open his folder of phrases that something is wrong. Jessie offers suggestions of what the problem might be so that Daniel can just indicate yes or no. He helps piece together whatever Daniel is able to express so that he can interpret for others what is happening. With Jesse’s support, Daniel feels more understood.

Samuel loves his classical literature class. But he began to just observe the discussion rather than try to participate. His friend Taylor saw that the teacher often missed Samuel’s efforts to raise his hand, or didn’t notice he was drafting a response. Taylor offered to raise his hand whenever Samuel indicated he had something to say. With this support, the entire class learned to wait for Samuel’s contribution.

Supporters recognize that using AAC is hard work. Their support is provided in solidarity. They do not speak for the person. They directly ask the person (whenever possible) how they want to be supported. Supporters simply help level the playing field so that the AAC user can speak for themselves. 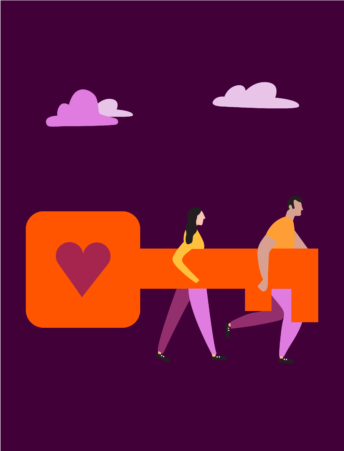 AAC supporters help carry some of the work of accommodation in a world often inaccessible to people with communication disabilities.

Many people fill informal roles of AAC supporter. If the AAC user is still in school, then their AAC supporters are likely classmates, parents, therapists, or teachers. If they are an adult, then it may be a friend, partner, sibling, or disability support person. Most people who fill this role don’t even know there is a name for it. Most supporters fill some part of the role, some of the time, rather than committing to support the user’s communication across all contexts.

Most AAC users have inconsistent support. This means they may only be heard in some places, some of the time. Every AAC user would benefit from a plan to select and train one or more people to be their AAC supporter, as needed, and on their own terms.

You have done some of the work of an AAC supporter if you have ever:

The AAC supporter helps carry some of the work of accommodation in a world that is often inaccessible to people with a range of communication disabilities. They work directly with the AAC user to ensure this support is on their own terms.

Who could be an AAC supporter?

AAC supporters can be anyone! They are often friends or classmates, parents or adult children or siblings, partners or spouses, or disability support staff.

In formal spaces, such as schools or workplaces, most AAC users need a designated AAC facilitator. This should be someone with a level of authority to make changes as needed, such as adding accommodations to an individual education plan or ordering equipment or staff training.

What does an AAC supporter do?

If the AAC user is a student, then a supporter is often a classmate who helps arrange the AAC within reach, alerts others if the person is constructing a message, and encourages classmates to wait for a response. The ideal AAC facilitator might be an administrator, teacher or therapist who has the kind of flexible schedule to move around the school and negotiate solutions with the adults in the environment.

An adult who has recently lost speech needs an AAC facilitator. This person can ensure there is a referral to AAC assessment, that a range of AAC solutions is considered, and that AAC is obtained and effective. They may watch webinars to learn how to program new messages into the AAC, ask tech support for help, and ensure support staff keeps it charged and available. They might help the person create a blog to stay in touch with friends or join Facebook to find a community of others who face the same challenges. They might train others how to communicate best with the person who has lost speech.

Long-time adult AAC users likely have friends, partners, and others who are informal AAC supporters. These users might consider where they are currently most able to communicate, and where they still face barriers. Those places where communication is still difficult might benefit from requesting an AAC supporter.

Behind most successful adult AAC users appears to be…themselves. In interviews with over two dozen AAC users, we only found one adult who could describe anyone in their life who fills the role of an AAC facilitator. This should concern everyone in the field of AAC. Beukelman, Ball & Fager (2008) found that it is rare for an AAC user to be effective as their own facilitator. It’s more common for AAC users to respond to the ableist barriers they face by changing their own behavior, reducing their AAC use, and simply communicating less.

We can only guess how many AAC users are silenced by the barriers to being heard. As one person said, “I communicate less when I don’t have the support of those around me.” By themselves, AAC users cannot solve access issues that are not under their direct control, such as changing the format of a workplace meeting or how a teacher leads a discussion. If others have been reluctant to accommodate them in the past, they may be hesitant to ask their employers, friends or family for additional accommodations. This is where an AAC supporter can help level the playing field. Accommodating AAC is not special treatment: it is simply necessary to ensure the AAC user can fully participate in all aspects of their lives.

The AAC supporter removes barriers so that the AAC user can be heard. Do you know someone who could be an AAC supporter? Share this article and checklist with them today! 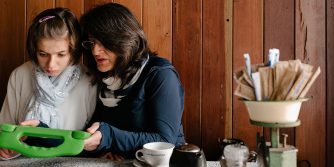 Supporting Augmentative and Alternative Communication (AAC) in different environments is difficult. This article gives advice and strategies on how to make AAC available at all times.
3 minute read
Read more