Lucas loves to play with dinosaurs, jump on the trampoline and pester his big sisters into playing with him. Lucas’ favorite song is “The Lion Sleeps Tonight” which he plays over and over again, often driving his Mum and Dad crazy! He loves dancing to the music, trying to click his fingers in time, and shaking it. He is a great dancer!

He takes his red stuffed dinosaur, which he has named “Big Mumma Raa”, everywhere – including to bed. But he also loves playing with his cars and PJ Masks toys.

His favorite foods are blueberries, (frozen straight from the bag or on his cereal in the morning) and of course, ice cream. These words were the first signs he learnt and the first symbols he found to say on Proloquo2Go.

Last year, Lucas’ family decided to buy Proloquo2Go for him. Lucas had started talking and using some sign language. But it was clear to all that Lucas had far more to say than he was able to with his limited speech or few signs. Proloquo2Go has given Lucas a way to join his ideas together. Instead of saying one word and getting frustrated when no-one understood him, he can now string a few words together on Proloquo2Go to get his message across. And as he is learning to use Proloquo2Go more, his parents are also noticing him trying to talk and say more.

Lucas has also been using Pictello. His family and support staff at school love making books with Lucas. He uses the books to tell news to his friends at school. Sometimes he makes books at school so he can show his family what he is learning about. Lucas also loves seeing photos of himself and his family and talking about them. 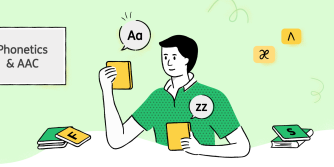 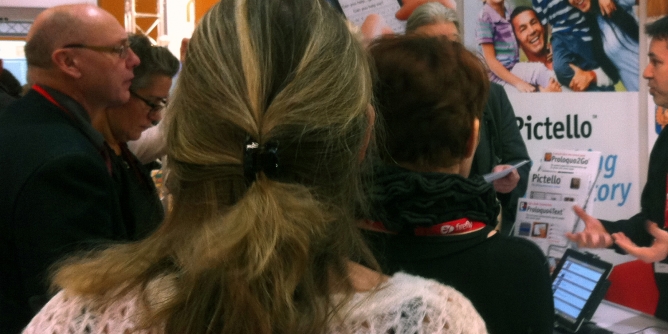 Using PODD is now simpler than ever. simPODD is user-friendly, and…
Read more