Proloquo’s Crescendo Evolution™ vocabulary provides an optimum balance of several features. The design is highly efficient and supports motor planning and vocabulary development. In addition, it is easy for communication partners to learn and use. Navigation is simple, through a shallow hierarchy with easy-to-understand categories. It provides buttons with symbols for:

The Home Screen provides quick access to some of the highest frequency core words. It covers a wide range of communication functions. The top two rows are static and remain accessible at any time.

The first 7 tabs are organized by word kinds. They contain one or two pages of core words representing general concepts. Some words, such as open or dry can be more than one word kind (e.g., both a verb and an adjective). These words will only appear in one tab, depending on their most common usage. This is to support the development of a single motor plan to access these word.

Describing words (in blue) and the chat words (in purple) each contain one level of sub-folders.

Fringe words are organized in a single page of folders in the yellow tab. Fringe folders contain, at most, one level of sub-folders. Most fringe words are nouns. However, less frequent but specific verbs and adjectives can also be found in the relevant fringe folders. For example, the very frequent word eat in the verbs (dark pink) tab, but the lower frequency cook and grill are in the Food folder.

Many buttons with symbols offer quick access to conceptually related words shown as text-only Related Words. These allow the user to be more specific or add nuance. For example, the word go on the home page is the most general way to refer to going somewhere. Its Related Words offer a quick way to be more specific, such as drive, explore, fly, ride, and walk. Some words were too low in frequency to give them a button of their own. Many of those words can be found as a Related Word of a more common word.

Sub-folders always appear on the right side. Folders are recognizable with a colored bar at the top.

In Crescendo Evolution™ buttons are either clustered conceptually or are listed alphabetically. Alphabetic organization is most helpful when scanning a list. Lists, therefore, such as states and countries, are alphabetic. However, in most folders, words are clustered by related meanings (semantic associations). Alphabetic organization can help literate adults to find words initially as they learn a new AAC system. But it does not help young AAC users still developing language and literacy. It also does not aide in developing motor-memory for the location of words. In the end we gave priority to: (1) long-term efficiency, with the most frequently used words on the first page of each tab and (2) making sure the words from the home page would be in the exact same spot on the first page of the opened tab. Both of these things are not possible with an alphabetic organization.

The primary direction of clustering is typically horizontally, but sometimes there is also a secondary vertical clustering. A good example is shown in the screenshot of the people folder, where mum, dad and baby are left to right and mum, girl and woman are top to bottom. 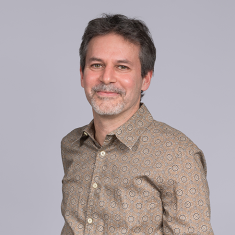 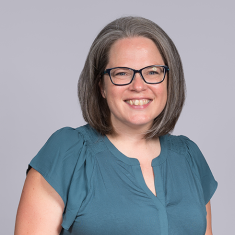 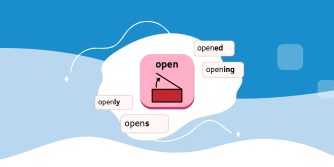