“When we started working on French a year ago, we knew we needed strong partners,” founder and CEO of AssistiveWare, David Niemeijer explained. “By partnering with the Centre d’Expertise et de Ressources Nouvelles Technologies & Communication of the APF and the French chapter of ISAAC we have been able to do justice to the beauty of the French language while building a vocabulary that allows AAC users of all ages to fully express themselves. In collaboration with Acapela Group we have also been able to create natural-sounding children’s Text to Speech voices.”


In Europe approximately 700,000 francophones are not able to make themselves understood with their own voice and may benefit from an AAC solution. This includes over 100,000 children aged 2 to 14. Proloquo2Go’s features have been carefully designed to support these AAC users’ language development and growth of communication skills.

“People who cannot speak, cannot be fully independent. Decisions are often taken without them. With an Augmentative and Alternative Communication tool they can be involved in decisions that affect them,” said Élisabeth Cataix Negre, Occupational Therapist.

In addition to full French support, version 4.4 also includes support for the estimated 60,000 bilingual French-English people in Canada who have difficulty speaking. Users can configure both an English Canadian and French Canadian vocabulary. While the French vocabulary has been optimized for French, it retains the same hierarchy as English, making it easy for users to switch instantly between the two.

Also for English Canadians we have good news. The new version includes a new Canadian English vocabulary that contains many of the words that are specific to Canada.

“Proloquo2Go puts the linguistic richness of the French language front and center. The app offers the full grammar, which is very rich and at the same time accessible for children who cannot yet read,” said Albane Plateau, Speech and Language Pathologist. “For me, Proloquo2Go is the best app for language development.”

Proloquo2Go has been used successfully with individuals with the following diagnoses: autism, cerebral palsy, Down syndrome, developmental disabilities, apraxia, stroke, traumatic brain injury and others.

To celebrate the release of the French version, Proloquo2Go will be available with a 50% discount from October 5 until and including October 7. The app is exclusively available on the App Store. Version 4.4 is a free update for existing users.

About AssistiveWare
Founded in 2000, AssistiveWare has established itself as the worldwide leader in innovative assistive technology software for iOS and Mac OS X. AssistiveWare works in close collaboration with end users and professionals to offer a portfolio of award-winning solutions for individuals with physical, vision, communication, and reading impairments. In 2009, AssistiveWare was the first company to release a full-featured Augmentative and Alternative Communication solution for iOS – the award-winning app, Proloquo2Go. Together with Acapela Group, AssistiveWare was also the first to create genuine children's Text to Speech voices. 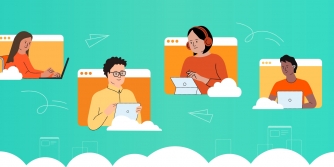 AAC in the Cloud: Unlock the Possibilities

AAC in the Cloud brings together practitioners, family members, and developers in the AAC community to collaborate in an online conference.
1 minute read
Read more 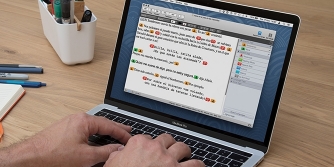 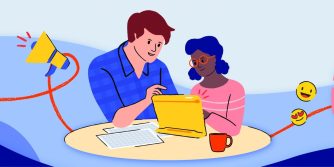