Proloquo2Go is an app that gives a voice to those who cannot speak. It is used by people with autism, Down syndrome, cerebral palsy and other diagnoses for everyday communication and language development. The award-winning app has provided a voice to over 175,000 people worldwide who use it in English, Spanish or French. Proloquo2Go is used for iPad, iPhone, iPod touch and Apple Watch.

In the Netherlands over 600,000 people are estimated to be unable to make themselves understood with their own voice.* Today’s update to include Dutch comes after a year of research on Dutch and Flemish Core words, grammar and language development.

"The app offers our clients the opportunity to communicate what they want, in the way they want to who they want. In addition, it is user-friendly so that it is easy to use for all communication partners.” says Barbara van ‘t Westende, speech language pathologist at Emilius school and SWZ Zonhove.

People who aren’t able to speak are often underestimated. By offering a means to communicate, Proloquo2Go not only offers the opportunity to be heard but also to be understood. This gives them the opportunity to show the world who they really are.

“As an Amsterdam based company, this release is special to us. We know that there are many Dutch and Flemish speakers who do not currently have access to an adequate means to communicate. We are committed to changing this.” says David Niemeijer, AssistiveWare founder and CEO.

Proloquo2Go 5.3 is available worldwide on the App Store for $249.99 USD (or equivalent in other currencies). The update is free for existing users.

Since 2000, AssistiveWare has established itself as leading assistive technology pioneers. They are committed to empowering people with communication difficulties and make a difference to people’s lives. To achieve this goal, they work closely with therapists, parents and adults who use their apps. 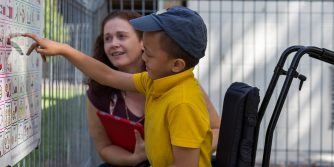 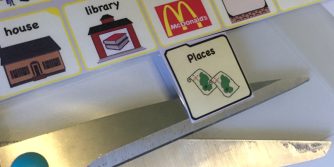